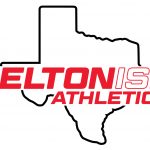 Randy Hooton is being named the new Defensive Coordinator for the Lake Belton Broncos.  Randy most recently has been the defensive coordinator at Hutto where they have been on the longest playoff run in school history.  Last year under his direction they gave up 22 points per game and in in 2017 they gave up